Have you ever heard the phrase, “sitting is the new smoking”? Here’s why. Like smoking, sitting starts as a choice that grows into a lifelong habit. Most people don’t think about the harm that smoking is causing to their bodies until the damage is already done. The same can be said about prolonged sitting.

The average American is sedentary (sitting, laying down) for about 21 hours per day. Sure, some of us have some good excuses like holding a desk job or driving long distances.

However, after a long day hard at work, we go home and sit in front of the T.V. or participate in other activities that don’t require much movement.

Doctors have coined the term “sitting disease” to describe this phenomenon where an increased sedentary lifestyle comes with adverse side effects.

Men who sit 6+ hours per day are at a 48% increased risk for death and women at 94% compared to those individuals who sit much less during the day.

A 2011 research study revealed that prolonged sitting was connected to increased risk for at least 34 chronic diseases, some of which include diabetes, obesity, cardiovascular disease, and cancer.

Although exercise is a readily available solution for having a healthier lifestyle, researchers are saying that exercising five times per day should not excuse prolonged sitting.

In fact, a person who exercises everyday but still sits up to 15 hours per day is still at risk for the same health problems as someone who does not exercise at all.

At the beginning of the study, none of the participants had any chronic diseases but after being followed for 21 years illnesses began to surface.

Results revealed that risk of death and participants who reported the most leisure time (while sitting) were more likely to have a number of illnesses.

Surprisingly, weight gain is the least concerning when it comes to research of prolonged sitting.

Research shows that prolonged sitting along does not necessarily cause obesity, and weight gain is not necessarily the cause of other health problems (i.e. cardiovascular disease, diabetes, etc.) associated with sitting.

The American Diabetes Association is heavily emphasizing the importance for people to get up and move.

Doing any sort of physical activity, even something as simply standing up every 30 minutes, removes glucose from the bloodstream and decreased fat levels. This will reduce the risk for insulin resistance, a major symptom of type II diabetes.

Research has revealed the dangers of prolonged sitting in regards to the body’s metabolism.

It has been suggested that individuals who sit for lengthy periods of time need to combat potential adverse health effects by exercising with high intensity up to 60-75 minutes per day.

Furthermore, according to the Better Health, studies show that people who participate in increased sitting are at 112% higher risk for diabetes.

It makes sense that extended periods of sitting impacts the heart.

Did you know that men who sit for 5 hours or more per day are at a 34% increased risk for developing heart failure as compared to men who sit only 2 hours or less per day?

What is even scarier is that this elevated risk comes independently of physical exercise. No matter how much you move or exercise, you are still at risk for developing heart-related diseases if you continue to spend the majority of your days in sitting.

Blood clots that form in the veins of the legs is referred to as deep vein thrombosis.

Blood clots are potentially fatal because they can migrate upwards into the lungs (causing pulmonary embolisms) and into the brain (causing a stroke).

According to a study conducted by the Colombia University Medical Center (2017), sedentary behavior accounts for 77% of an individual’s waking hours.

Researchers monitored inactivity during waking hours for almost 8,000 adults over the age of 45. Participants who had larger amounts of sedentary time over 13 hours had a nearly doubled increase in early death risk.

This group was accumulating sitting time in 60-minute to 90-minute bouts throughout the day.

On the bright side, participants who accumulated sitting time throughout the day in less than 30-minute bouts were at a much lesser risk for early death.

For now, this study has very little information about how much movement counteracts health repercussions from prolonged sitting.

However, researchers emphasize the importance of getting up and moving around at least once every half hour throughout the day.

As mentioned previously, several hours of high-intensity exercise does not necessarily reverse the health problems associated with prolonged sitting.

In other words, even if you are training for a half marathon every day, you are still at risk if sitting for more than 6 hours per day.

Is Sitting Really As Dangerous As Smoking?

Let’s go back to the saying, “sitting is the new smoking”. How true can this statement really be anyway?

According to the University of South Australia, it is almost unfair to compare prolonged sitting to smoking.

Overall, the health risks associated with smoking are much higher than what occurs due to prolonged sitting. Smoking is expected to cause at least 1 billion deaths during the 21st century.

However, it is important to note that lengthy sitting is still dangerous despite the smaller percentages.

What should you do?

Now that you have a more, rounded out view of the potential consequences that can surface from prolonged sitting you can decide for yourself what do to next.

You probably won’t die tomorrow if you decide not to alter your lifestyle, and you probably won’t die as fast as you would burning through 3 packs of cigarettes per day. All you know is that there are medical consequences, many of which are preventable by your choices and changes only.

Prolonged sitting and sedentary behavior is still very much a choice we make despite our obligatory work schedules. Act now and change your routine for the better so that you can reduce your risk for impending medical problems. Choose to stand and move more everyday so that you can live a full life during your older years.

The Ergonomics Health Association helps you implement safe workplace habits. Our team of experts create guides based on the latest ergonomic research and best practices. 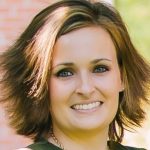 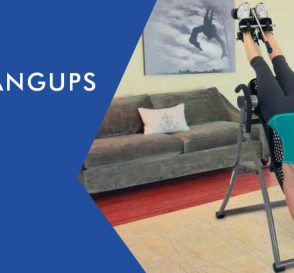 I’m a big believer in inversion therapy for back pain, because I’ve see it first hand. I’ve also written about the benefits extensively, in my spinal decompression guide and also recommend great back traction products. I won’t get into the specifics about inversion therapy, but if you want to know more, feel free to read …
Alberto Parra MD|9:53 pm|Spine Health|No Comments